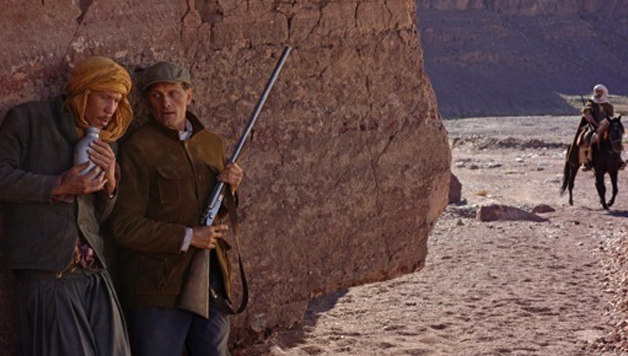 David Oelhoffen’s adaptation of a short story, “The Guest,” by French-Algerian philosopher Al-bert Camus, is an intelligent, slow-burning Western featuring an atmospheric score by Nick Cave and Warren Ellis with an outstanding performance by Viggo Mortensen. Tough in a Clint Eastwood mold but metrosexually in touch with his emotions, Mortensen plays Daru, a saintly teacher working in Algeria in 1954 at the start of its struggle for independence from the French.

Daru teaches kids in a tiny schoolhouse high in the Atlas Mountains, but clearly there’s more to this man. His weathered face looks carved out of the jutting rock behind the school, and he knows how to handle a gun when French soldiers bring him a local Algerian man, Mohamed, who has confessed to killing his cousin in an argument over stolen wheat. Stretched thin fight-ing the Algerian freedom fighters, the soldiers ask Daru to deliver Mohamed to court a day’s journey away. Daru refuses on the grounds that he would be walking the arrested man to his death. But when the soldiers leave and Mohamed refuses to run away, he doesn’t have much choice.

There are tense scenes set against stunning landscapes, as the two men stumble first into a vengeful pack of Mohamed’s family on horseback, then a band of guerrillas and finally the French army. Philosophically it’s a thoughtful version, finishing with the ultimate existentialist conundrum: a man on a dusty crossroads deciding between life and death. But really, Far from Men is a character study—a two-hander. At first Mohamed appears to be a passive, pathetic wreck, but as he begins to open up to Daru, his complex predicament emerges.