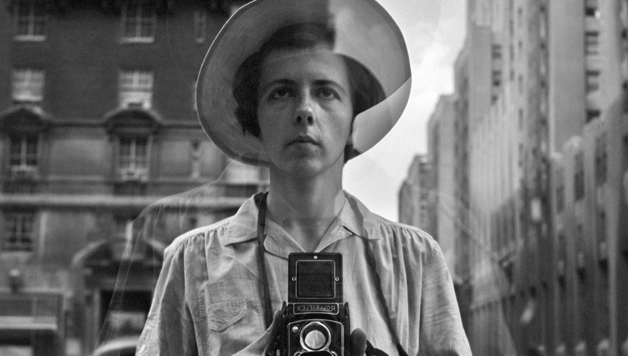 Mild themes USA 2014 Directed and written by: John Maloof, Charlie Siskel Featuring: Vivian Maier, John Maloof, Daniel Arnaud Running time: 84 minutes The mystery of what it is to be human lies at the quirky heart of Finding Vivian Maier, an American documentary about a street photographer who was unknown in her lifetime (she died in 2009, aged 83) but is now acclaimed and has had her work shown in galleries around the world. Vivian Maier was an individual enigma. For most of her life she worked as a nanny in Chicago and surrounds. She was a loner, a hoarder, never married, secretive, and obsessive. And she took photographs, tens of thousands of them. Yet the fact she took photos may never have come to light if not for the tenacity of young American historian John Maloof, who in the course of his research, purchased at auction a box of negatives, hoping to snare images of old Chicago. He thought Maier’s unstaged street photographs, particularly of children, were beautiful, and started posting them online. His blog took off, and thus began a mission “to put Vivian in the history books’’. This film, directed by Maloof and Charlie Siskel, is about that quest. Maloof also wants to expose her life. It seems Vivian was no Mary Poppins. He secures home movies and audiotapes, so we can see and hear this woman who created a remarkable body of work yet never showed it to anyone. By the end, we have a fairly clear picture of Maier and it is an unsettling one. This is a film that starts out being about an unknown artist and ends up being about something more complex and challenging: a person. Original review: Stephen Romei, The Australian Extracted & Compiled by: Anne Green