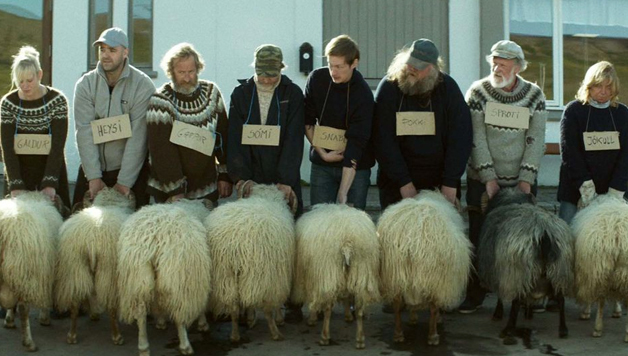 “A simple understated snippet of Icelandic rural life” was a sentence used to sum up this Perth Film Festival offering. Understated it is, but to describe Rams as simple is to err on the side of flippancy when it comes to the family matters portrayed in this film.

Sheep are some of the players in this film, but it is the pair of head butting rams, the feuding brothers Gummi (Sigurour Sigurjonsson) and Kiddi (Theodor Juliusson), who control the tempo of this drama. We learn a little of why these brothers live 200 metres apart and have failed to speak to one another for 40 years. The brothers’ only means of communication is notes couriered by a sheepdog. They share the family farm but herd separate flocks of sheep. They are the best breeders in the district as is reflected in an early scene at the annual district show.

The opening scenes subtly project the stillness on the “boys” feud as they jostle for minor supremacy over small matters. The only soundtrack is the cold damp air whistling around their ears. Once Gummi detects what he thinks is scrapie in his brother’s flock, the drama unfurls. Gummi has to report his findings knowing that if it is scrapie, then the consequences for the whole valley will be dire.
Film festivals generally choose films which allow audiences to journey into unfamiliar worlds to experience emotions common to the human condition. A cold war between family members is not unusual but the question is, how much adversity does it take before an olive branch is offered? Rams presents one answer to this question.