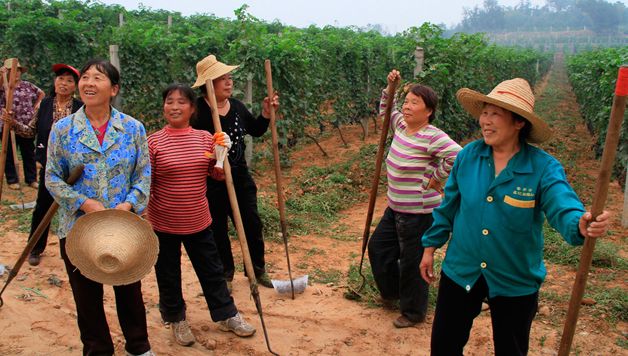 With the fierce purchasing power of its elite class, China has become the biggest importer of wines from the Bordeaux region of France. The tension generated by these new kids on the clubby French wine scene — who were driving up prices and clearing out cellars just a few years ago — is the subject of Australian film-makers Warwick Ross and David Roach’s fast-paced, ripped-from-the-headlines documentary, “Red Obsession.”

Lovingly shot by Steve Arnold and Lee Pulbrook and narrated by Russell Crowe, the film is at its best when showing how staid Bordeaux winemakers are struggling to embrace a new clientèle (whose sensibilities do not always align with French tradition), supply the increasing demand for a finite product and uphold label integrity. For the Chinese, bottles from Lafite and other chateaus are akin to luxury brands — the Birkin purse of the wine world. The winemakers and critics interviewed for this film talk about the prized terroir that creates a wine so good it’s an “ethereal, dreamy experience,” as the British wine writer Oz Clarke says. The movie raises legitimate concerns about the cultural and economic implications of statusminded over-consumption. The featured Chinese wine enthusiasts — including the sex-toy manufacturer Peter Tseng and Kelly Cheng, who, tired of bidding at a 2011 auction, more than doubled the last offer and paid 1.5 million Hong Kong dollars (close to $200,000) for a Lafite — relish the role of collector, if only as a symbol of their success. Oenophiles of all backgrounds will toast to that.