The Other Son (M) 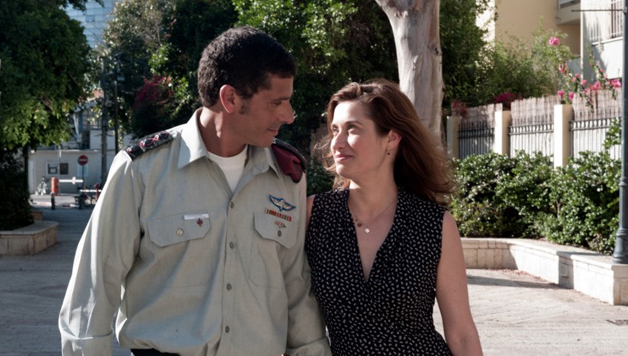 Imagine a freak accident being enough to bring Israelis and Palestinians together and you’ll have the gist of what French filmmaker Lorraine Levy is going for here with “The Other Son.” It’s an intriguing concept about two eighteen year-olds, an Israeli named Joseph (Jules Sitruk) and a Palestinian named Yacine (Mehdi Dehbi), born during the Gulf War and mistakenly given to wrong families following the confusion of a bombing in Haifa.

A scene in which the families are brought together for the first time during dinner is filled with realization that each actress plays perfectly. Pascal Elbé and Kalifa Natour basically steal the scene as two regular machos who hold opposing views of the world. But it’s the hesitancy to acknowledge that this conflict even exists and the awkwardness each feels when encountering the other as the film goes on that has the same style of machismo; males wanting to protect their own.

And probably the most hopeful and thought-provoking part of the film is handled by Sitruk and Dehbi. Here Levy asks the most pertinent questions, like will the change of family impact Joseph’s Jewish faith or would the med school-bound Yacine have turned out differently if he had been given to Joseph’s family? These two are victims of circumstance, wanting to understand, if not fully accept, the detour this has made them take in their lives. It makes you wonder whether the search for a common understanding shouldn’t start with the young.