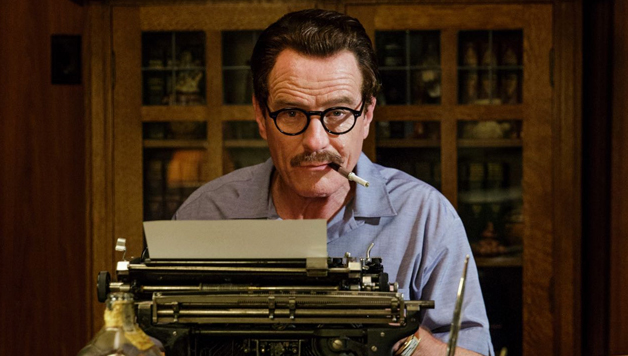 The term ‘solid’ is often used to describe a film which is good, worth its ticket price and is entertaining from start to finish. Trumbo is a classic example of such a film. The story of how one of Hollywood’s most talented writers was blacklisted, jailed and then continually harassed before finally rising to become a legend of his craft, is a story worth telling.

Dalton Trumbo, exquisitely played by Bryan Cranston (Breaking Bad), was the highest paid writer in Hollywood in 1947. He was a man of impeccable morals who wrote short stories and novels throughout the 30s and 40s depicting the plight of the human spirit, hence his affiliation with the Communist Party before WW2. He adapted his popular writing to the screen during and after the war but was targeted by right wing columnists during the McCarthy years and this is where the film takes up his intriguing story.

A film that takes on the portrayal of legends of the screen using unsung actors is a risky business. Trumbo does it so well we become emotionally attached to the bravery of Kirk Douglas (Dean O’Gorman) and his use of Dalton Trumbo on the script of Spartacus. John Wayne (David Elliot) lovers may not want to see what’s on offer here and Edward G. Robinson (Michael Stuhlbarg) does it tough. The film asks more questions than it answers but Dalton Trumbo was a man of substance; don’t miss the real man talking from the heart at the end of the film.