For many people, the name Ken Loach may mean little.  If I mention Kes, the 1969 film about outcast lad Billy Casper from working class Barnsley and his kestrel, the response may be different.  Indeed, many will have memories of studying or teaching the film at school.  For many years Kes was probably Loach’s best-known film.  It was ground breaking; Loach’s cinematographer Chris Menges collaborated with Loach on developing an observational style, which allowed improvisation, and the use of untrained actors such as David Bradley (Billy).

Loach’s career spans five decades across not only fiction but documentary film and television.  Many of his films such as I, Daniel Blake (LFS T2 2017) are driven by his desire to tell the stories of the working-class people.  A left-wing political activist, the British Film Institute described his career as one ‘driven by the need to tell stories of working-class people and by his anger towards exploitative institutions and austerity-loving politicians. He has a fierce love for his characters and has coaxed some unforgettable performances from his (often unknown) acting talent, displaying a gift for the kind of gentle humour that leavens his tough subjects.’

Loach was born in 1936 in Warwickshire and, after studying Law at Oxford, he turned initially to an acting career.  Short-lived, he became assistant director for the Northampton Repertory Theatre in 1961 and then joined the BBC as a trainee television director in 1963.  It was here that he began a thirty year collaboration with writer Roger Smith who had scripted a thirty minute drama that became Loach’s first directing assignment.  Loach directed three episodes of the long running Z Cars which gave him this first experience of directing a live television drama.

Throughout his career, Loach has been unafraid of social criticism.  In the late 1970s and 1980s he ran into issues with political censorship: ‘The four-part series about the trade unions, Questions Of Leadership, commissioned by Channel Four, was never shown; a film about the miners' strike was withheld by LWT, to be shown eventually on Channel Four; and Jim Allen's stage play about Zionism, Perdition, which Loach was going to direct, was withdrawn at the last minute by the Royal Court Theatre.’  This social awareness has been central to a number of films shown at LFS: The Angel’s Share (T2 2013), Looking for Eric (T2 2010), and Wind that Shakes the Barley (T1 2007).

Where to begin with Ken Loach
Loach, Ken on BFI Screenonline 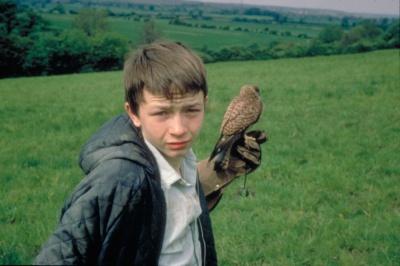